Are you the artist that will support us in establishing the comedy, drama and action to unlock and develop a script into an emotional and entertaining movie?

We are currently looking for passionate Storyboard artists to join our Vancouver studio for an upcoming Warner Bros animated feature! The position involves working collaboratively with the Director/Producer to translate their vision for the film.

What you'll get to do:

Incorporate notes and feedback from the Director and Head of Story

Create storyboards for an animated feature

Support Editorial with the development of the story for the reels

Thorough knowledge of Photoshop, Storyboard Pro, Flix and ideally an understanding of Clipstudio or a willingness to learn

A strong portfolio that displays excellent drawing skills and the ability to adapt styles with a strong sense of design, layout, composition, coupled with great sequential drawing

An understanding of storytelling and cinematic structure, that comes from a strong interest and passion for the film/animation industry

An ability to express story and character through drawings with an understanding of character development, shot direction and story arcs

An ability to analyze scenes in written form and translate into visuals, and where necessary, inventing action, emotion and comedy – value adding to the written word

The ability to work independently and within a team structure

An ability to take direction, feedback, and be prepared to make changes as required

The original job offer can be found in Kit Job:
https://www.kitjob.ca/job/17206690/hid-913-storyboard-artist-vancouver/?utm_source=html

Reply to this offer

Impress this employer describing Your skills and abilities, fill out the form below and leave Your personal touch in the presentation letter.

Company Overview Tell us your story. Don't go unnoticed. Explain why you're a winning candidate. Think ''TD'' if you crave meaningful work and embrace change like we do. We are a trusted North Americ [...]

Lead and elevate a high performing team to even greater heights Join our team Peace of mind matters to our customers, so it matters to us. By using our premier networks, technology and services, [...]

What is the opportunity?  Our RBC Maintenance & Investigation Services Group is looking for an Operations Specialist within the Hybrid Advice & Fulfillment Team.  You will interact with a variety o [...]

Need to publish an offer? With more than 1 million unique users per month, you will find the ideal candidate for your company instantly, what are you waiting for! 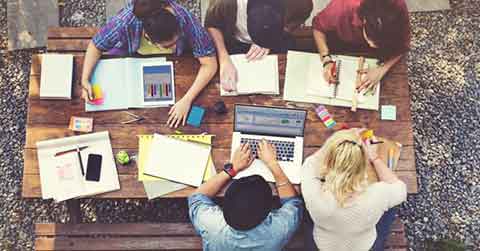